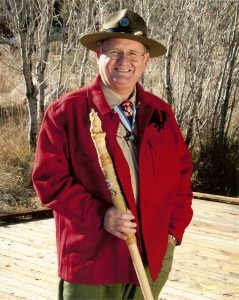 Even though leaders of The Church of Jesus Christ of Latter-day Saints have decided to continue the partnership with the Boy Scouts of America, and even though the majority of members polled have determined to follow the prophet on this choice, I still hear a lot of discussion among Young Men leaders and parents regarding whether this is the right decision. Some are questioning whether to continue their support through Friends of Scouting. Even the commitment of some leaders to serve in Scouting has been weakened or extinguished.

In 1991 President Thomas S. Monson said: “If ever there were a time when the principles of Scouting were vitally needed—that time is now” (Thomas S. Monson, “Called to Serve,” Ensign, Nov. 1991, 47). The conditions of society that prompted the prophet to make that statement have degenerated significantly since then, intensifying the need for the principles of Scouting even more today. The philosophies and values contained in the Scout Oath and Scout Law continue to be a standard that one would hope every young man in America would embrace and live to the best of his ability. Rather than limiting the reach of Scouting, we ought to be expanding it to every boy and young man in the Lord’s vineyard.

Every youth within our stewardship—member and non-member alike—can become a better young man by exemplifying what the Boy Scouts of America espouses, particularly when combined with the teachings of the gospel of Jesus Christ. We have a sacred duty to expose the Lord’s precious young men to all that is good. “If there is anything virtuous, lovely, or of good report or praiseworthy, we seek after these things” (the thirteenth article of faith, italic emphasis added). Satan seeks to destroy that which is good by driving wedges that divide and demoralize those who support such imperative values as being trustworthy, loyal, helpful, friendly, courteous, kind, obedient, cheerful, thrifty, brave, clean, and reverent.

Marion G. Romney declared: “The only safety we have in the world for our children is what they build within themselves. We can make restrictions against drinking and smoking, and we can make regulations to guide the affairs of people. We can throw all the protections possible around them. But, after all, the thing that holds them in the final test is what is inside of them. They must be able to stand alone” (F. Burton Howard, Marion G. Romney: His Life and Faith, 153). For decades young men have been learning to stand alone because of lessons learned and values internalized from Scouting experiences garnered on hiking trails and mountain tops.

Over the next several weeks of blog messages I wish to highlight the principles of Scouting contained in the Scout Oath. They are the principles President Monson said are so vitally needed. We need to do all we can to help our young men to become men of honor and duty—young men who do their best to do their duty to God, their country, and their fellow man.

In the middle of his tumultuous trials, Job was counseled: “I would seek unto God, and unto God would I commit my cause” (Job 5:8). Let us seek unto God and recommit our cause to support Scouting. The principles of Scouting are too valuable to discard at a time when they are needed most. We have a sacred duty to stand for truth and righteousness and support all that is good in a world that grows darker and more disoriented each day. The standards of the Scout Oath and Scout Law are principles by which a young man should govern his life. It is our job, as Young Men and Scouting leaders, to uphold and promote those standards. Let us faithfully follow the prophet as we press on in the work of the Lord.

Take a Moment to Reflect

Turn Your Reflection Into Action

-Mac McIntire is a dedicated Scouter who has blessed many lives through his service and acute understanding of the Scouting program. He currently lives in Las Vegas, Nevada. The views and opinions expressed in this message are solely those of the author.